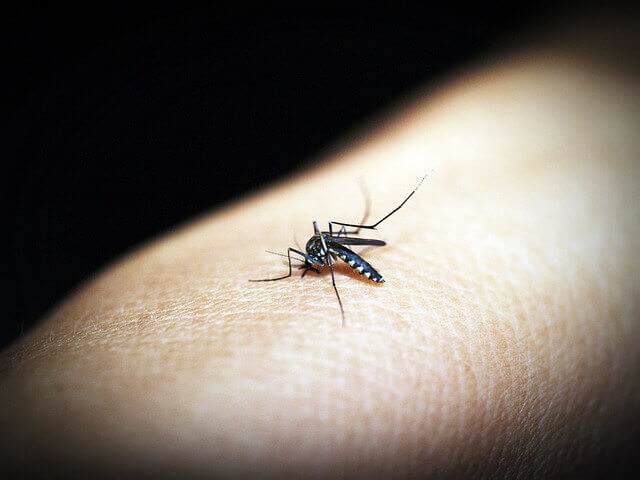 To people who are scared of bugs, knowing that some of them can actually kill you is the worst. There are tonnes of articles written about the most deadly animals in the world. You might even be surprised at some of the facts that you find because they do not sound very real, but they are.

These 5 insects might surprise you as well, as you may have never thought about them as being dangerous. They are not unheard of. They are not bizarre bugs that are only found in England. Some of them are bugs that you see every day.

1.Dust mites – these tiny little creatures are considered to be one of the most dangerous bugs in England. They cannot be seen by the naked human eye, so there is very little chance for you to know for sure that you have them in your home. Professional pest controllers have the proper equipment to detect an infestation.

They can cause allergic reactions and you might not even know what the cause is. Some symptoms are sneezing, itchy or a runny nose, red and watery eyes. They can also be the cause of asthmatic problems, skin irritations and are in fact, more dangerous to people with asthma or other respiratory problems, and allergies. As the creatures themselves are not dangerous, meaning that they do not carry diseases, it is their droppings and bites that can cause problems.
Dust mites are said to be the cause of nearly 1,000 deaths per year in the UK which is why they are on this list.

2. Ticks – We all know what ticks are, and have removed a few of them from our own bodies, and even our pets’ bodies. They are tiny blood-sucking parasites found in the entire world. Sure, they are not scary but the diseases they carry are.

You need to be especially careful with this particular type of bug. Sometimes depending on the weather conditions and the climate, their populations can grow a lot. If you or a member of your family or your pet has had a tick taken out and you notice swelling or redness around the bite mark, immediately see a doctor! There are many tick-borne diseases but not all can be transmitted to people in the UK. The most common one is Lyme disease. Being one of the most serious and scary ones, it is also treatable if caught on time. But you need to seek professional help if you notice something unusual with the bite mark. Lice and fleas can also be added here, as they can transmit serious diseases as well.

3. Spiders – There are a few species of spiders in the UK that are considered to be deadly spiders. One of the most known and talked about venomous spider is the False Widow Spider. It’s venomous bites have been reported to send people to the hospital as their bites give them complications or allergic reactions. Beware of all spider webs, most of the spiders that are labelled ‘deadliest spiders’ will not bite you unless they have been provoked. See a doctor right away if you are worried that a bite is getting worse (if it gets swollen or red).

4. Hornets – There are a few kinds of these bees-looking bugs in England- the European hornet and the Vespa crabro. Bees, wasps and hornets look alike a lot and are often confused. This is a common problem to people in Manchester and Leeds, and when in doubt always call professionals.

They would rarely attack a human without being provoked. In rare occasions though, one can accidentally do something that provokes the entire nest and they attack. Their stings, even though not all cases are such, can lead to many health issues.

The sting is not deadly itself, however, it can cause a lot of serious problems to people who are allergic to their stings. And sadly, this type of allergy is very common among people, not only in the UK but in the world as well.

5. Mosquitoes – They are everywhere and they cannot be stopped. They can be as dangerous as they are annoying, or more. But the annoying buzzing and itchy bites are nothing compared to the diseases they might infect you with. And that is why they are also on the list of deadliest animals in England.

While there isn’t a particular kind of a deadly mosquito, they have the potential to kill too many people if they are infected with a deadly disease. Make sure to stay away from areas with a dense mosquito population and use repellents in your home.

Spiders, mosquitoes and the rest of the top 5 dangerous animals in the UK, might as well be called some of the most deadly animals in the world. These species are found in most parts of the world and bear diseases that can end fatally to humans, and animals as well. And what is scarier is the fact that they can infect many people at once.